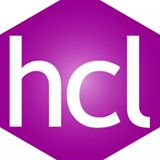 How long have the tournaments been running?
I have been trying to work that out! This will be the eighth year that we have staged the Hexagon Invitational I think.

What prompted you to decide to sponsor a snooker tournament?
I just thought it would be interesting to put on a tournament and invite some of the best players in the local leagues – I had no idea that within a few years we would have players travelling from all over the country to come and play in the Hexagon. I naively thought at the time that there would be good quality amateur competitions with reasonable prize money taking place on a regular basis throughout the country and was really surprised to find that – apart from the Snookerbacker Classic – there were and still are actually very few.

What are your thoughts on amateur snooker in the UK?
Well, as I mentioned before, it is a surprise to me that there are not more good quality tournaments for amateurs to play in. I think this makes it very difficult for the best young amateurs in this country to break through into the professional game. If you look at the pro tour in recent years there have been very few young players that have been able to qualify for the tour and then establish themselves in the top 64, and I think the lack of good quality amateur tournaments has a lot to do with this. Basically the players aren’t able to gain enough experience of top level competition, so those that qualify for the main tour are simply not ready for the step up in quality. The number of PTC’s on the pro tour being cut down to one or two hasn’t helped the situation, so I think this is an issue that really needs to be looked at.

What can the powers that be, do to attract companies like yours to sponsor events?
I’m not sure to be honest. When I first put on the Hexagon my main motivation was simply that I liked the idea of spending a day watching some good quality snooker – I certainly didn’t see it as any sort of commercial investment and I still don’t. I guess the appeal of staging an amateur tournament similar to the Hexagon would probably be limited to people who, like me, have a passion for snooker. Of course there is also a lot of planning and effort that has to go into organising a tournament, which I would not be able to do myself. I have been lucky in that Adam Ingram does most of the legwork such as contacting players and organising referees etc, Without Adam’s support it simply wouldn’t be possible to stage the Hexagon each year. With this in mind, perhaps the best way forward would be for the game’s administrators to put in place a support network of people who can assist with the organisation of events and then approach companies for financial backing.

Many thanks to Kevin for his time and the effort that goes into hosting such an event.

For more details of the event see the dedicated Facebook Page