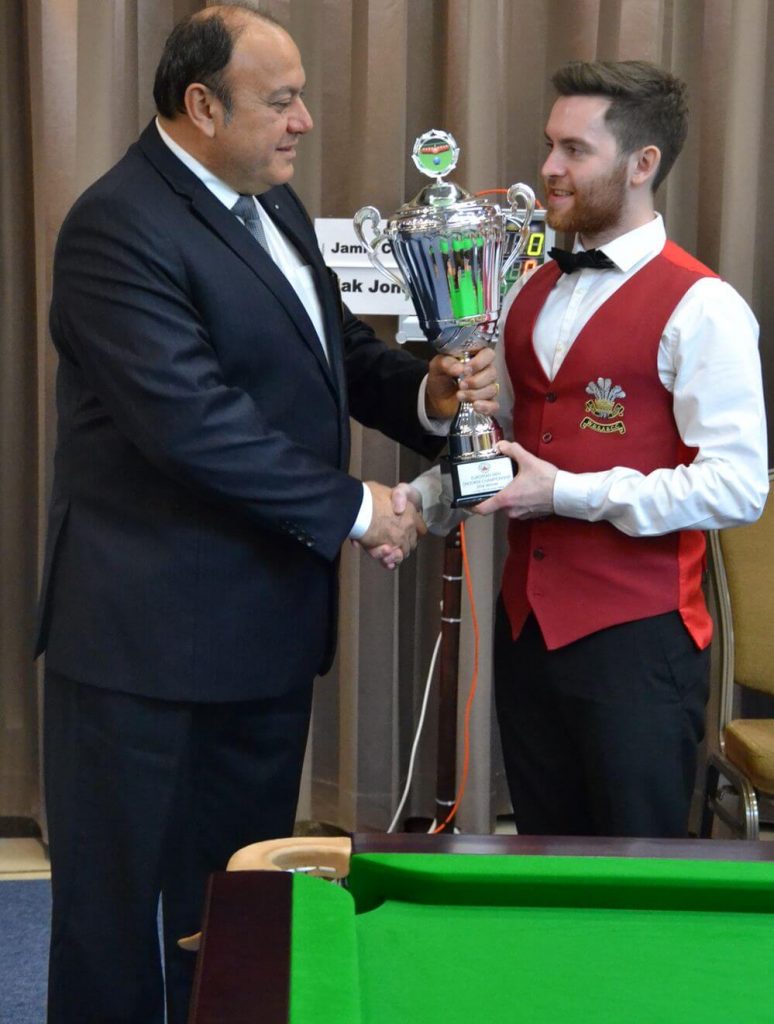 A late night, all Wales affair saw Jak Jones beat fellow Welshman Jamie Rhys Clarke to lift the trophy, 3300 euros and a ticket to play on the main tour for two years.

It’s the third time Jak has been on the circuit even though he is still only 22.

He came from 4-3 behind to take the last four frames and beat Clarke by 7 frames to 4.

It was another agonising defeat for 21 year old Clarke who was runner up to Michael Wild last year and a beaten finalist in the World Under 21s.

Finals Day for the Under 18s at EBSA
Tags: EBSA