This weekend (12th & 13th March) sees the 5th event of 6 in the English Ranking Series at the Star Snooker Academy, Sheffield

Second in status only to the English Amateur Championship this Competition is designed to attract the best amateurs in the country playing in the best conditions.
Players who aspire to achieving Main Tour status will see this as an excellent and affordable opportunity to gain valuable top match-play experience.
The top-ranked player at the end of the Series will represent England in the World and European Championships along with the English Amateur Champion.
Any further places allocated by the IBSF or EBSA will be offered first to the English Amateur Runner-Up and then down the Ranking list.
The qualification to World and European championships provides a route to the Main Tour.

Players receive ranking points from each Event with the best 5 of 6 events counting to the final rankings. 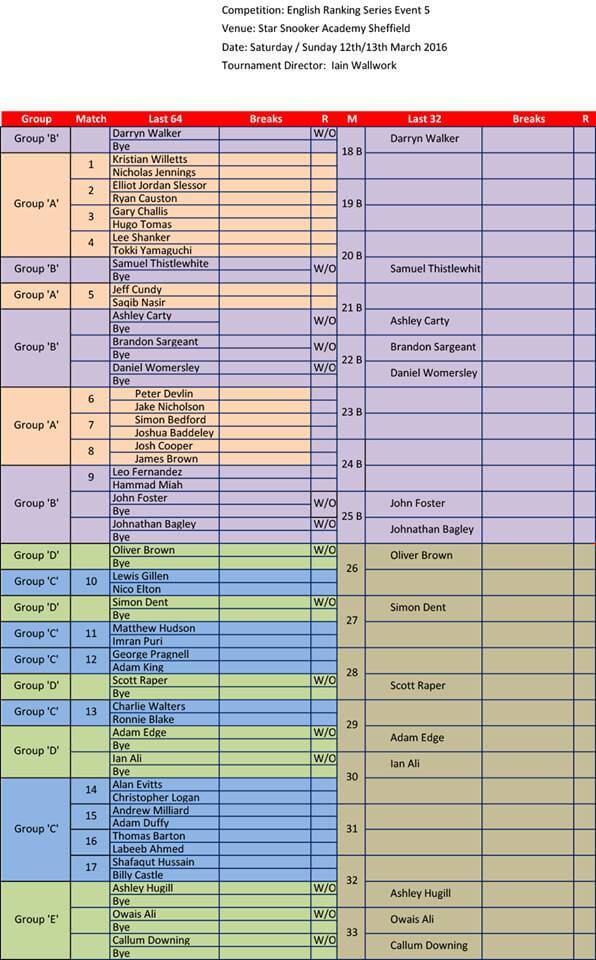 Finals Day for the Under 18s at EBSA
Tags: EBSA