During the last 6 years of the Pink Ribbon being staged, Paul Mount & the Academy have raised over £62,000 towards breast cancer charities.

The amateur qualifying days will be an open draw with the seeded Main Tour Professionals joining the tournament for the last 128.

The world’s leading professionals will be in the draw alongside hundreds of amateur, junior and lady players from around the world. 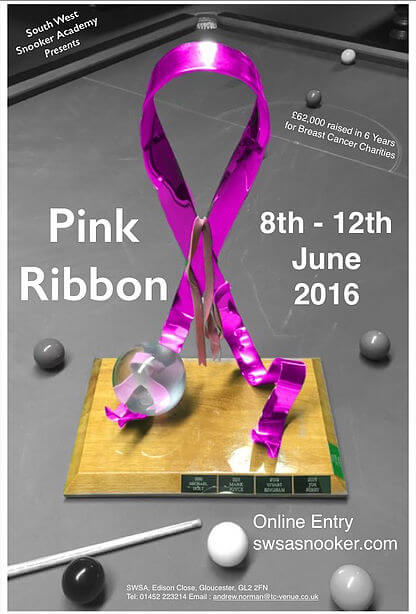