I recently heard about a new major amateur snooker event, or set of events in fact, the SnookerLife Regional Cup.

Details of the events will emerge as soon as clubs are allowed to open and will of course be available here on SnookerHub. In the meantime I caught up with Lee Smith, the creator of SnookerLife, to tell us what the Facebook group is about.

“Firstly many thanks to Michael Waring of Snooker Hub for inviting me to write a little on how SnookerLife came about and what our hopes are for the future.

On SnookerLife you’ll find everything from snooker news, views, schedules, results to debates, polls and of course the ever popular caption competition.

I created the Facebook group SnookerLife a little over a year ago now with a simple intention, to make a better snooker group than was currently available on Facebook.

With a background in design and social media I thought to myself ‘how tough can it be?’ Well, actually it can be very demanding at times!

SnookerLife is now one of the fastest growing snooker groups on Facebook gaining nearly 1,000 members per week! And as we stand on the threshold of 10,000 members in just over a year I’m blown away by the diversity and global reach of the group, stretching to all continents of the world, from established snooker countries such as Canada and Australia to emerging regions such as Morocco and Iraq.

Our membership is also very active and are happy to post stories, pictures and get involved in debates, which can get heated at times but always, hopefully, good natured. We’re lucky enough to also attract some legends of the sport such as Cliff Thorburn and Tony Drago to officials like Michaela Tabb and Ivan Brincat (President of the Maltese Snooker Association) as well as current professionals like Gary Wilson, Stuart Bingham and promising young professionals like Iulian Boiko you’ll find them all actively contributing to the group.

At SnookerLife we have a top team of experienced moderators behind the scenes who are activity searching for swearing, abusive language and fake accounts. There are many snooker groups out there that will accommodate bad language and petty arguments but SnookerLife certainly isn’t one. We pride ourselves on a clean, safe environment for all to enjoy.

We might not be the biggest group on Facebook but our mission is to be the best!”

Most of us use Facebook to some degree and SnookerLife is definitely a great place for snooker lovers. 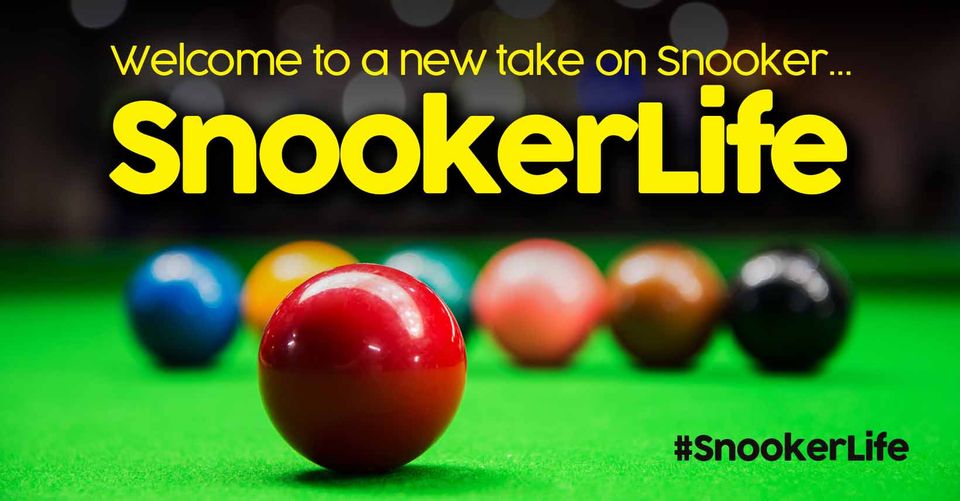 Head on over to the group and see for yourself