Qualifying for the UK Seniors Snooker Championship to be held at the Bonus Arena, Hull, in August starts today.

There are two separate knockout events which will be played at the Crucible sports and Social Club in Reading. The first being 20-22 July and the second 23-25 July.

Several well-known cueists will be in Reading next week aiming to claim one of those four qualification berths.
The number one seed is seniors stalwart Patrick Wallace who reached the last four in Sheffield a couple of months ago.
Former world seniors champions Darren Morgan and Aaron Canavan will both be present, as too will former event finalists at this level, Tony Chappel and Johnathan Bagley.
Professional players ranked outside of the world’s top 64 are permitted to enter, an opportunity that Alfie Burden, Igor Figueiredo, Gerard Greene, Rory McLeod, Lee Walker and 2017 World Seniors Champion Peter Lines have all taken advantage of.
Former world number two Tony Knowles – fresh from an impressive display at Q-School – and 1977 UK Professional Champion Patsy Fagan will both be taking out their cues again. Former professional ranking finalists Dean Reynolds and Rod Lawler are also set to be in the mix. 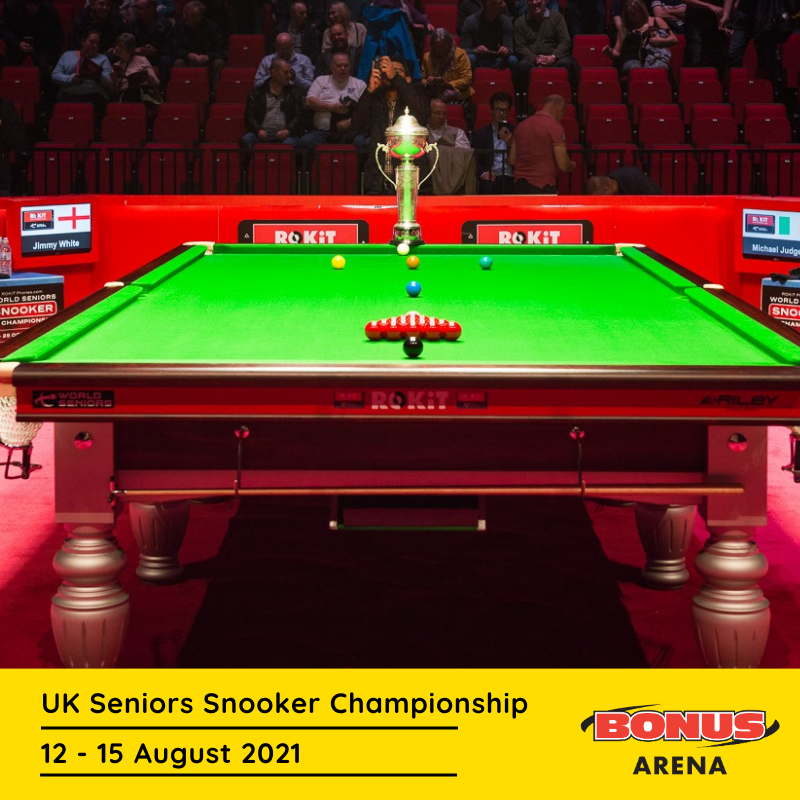 For more event information and tickets…