8 Amateurs were competing on Day 3

The two amateurs won their matches yesterday, Dylan Emery and Si Jiahui, have already secured their places on the World Snooker Tour for the next two seasons.

Rebecca Kenna was playing as an amateur but she has also already secured her pro status for the next 2 seasons as has Sean O’Sullivan.

Robbie McGuigan made it to Round 2 but came up against top quality opposition in Scott Donaldson. 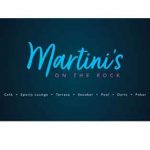