The English Under 14 Championship – Stage Two North, at Levels in Huddersfield today, is the last 16 stage of the northern half of this event. The southern half is at Chandlers Ford tomorrow.

Stage 1 was the club level qualifiers held at various 147 Club venues throughout October and November.

Stage Two splits the 16 players at each event into 4 groups of 4 and the top 2 from each group will then go forward to the national last 16 in May.

The venue for the finals is to be confirmed and I haven’t seen anything about the format as yet, but it may well be groups to start with.

It all sounds a bit complicated but it’s obviously designed to give as many of the players as much snooker as possible in order to allow the best to win through.

It’s great to see youngsters coming through but the take-up for this championship has been very disappointing. Maybe a lot more promotion and encouragement through the coaching network would help?

The Mission of The Snooker Gym is to help people just like you play better snooker. 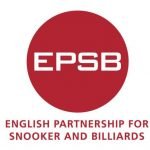 Read more from the "EPSB" category