This year’s final World Disability Billiards and Snooker (WDBS) event was completed last weekend as our latest champions were celebrated at the Hull Open, sponsored by the Humber Fish Co.

Returning to the popular Tradewell Snooker Club for its fourth staging, the event saw competitions held for deaf and partially sighted players across the weekend, with 26 players taking part.

The event also featured a busy Friday Open Day, which welcomed approximately 40 people attending from local disability groups who came to try snooker in a fun and friendly environment under the guidance of WPBSA World Snooker coaches.

There was a debut win for Ireland’s Dylan Rees in the Group 7 competition for people with visual disabilities as he defeated former champion Paul Smith 4-0 to make it a weekend to remember in East Yorkshire.

Competing in his first WDBS event, Rees emerged from his round-robin group with a perfect record following victories against Ben Chappell, Gary Gallacher and David Baker, before edging 2017 runner-up Mike Gillespie 3-2 to progress to the title match.

There he would face four-time WDBS winner and 2016 Hull champion Paul Smith, who had himself topped his group with three wins against Gillespie, Ronnie Allen and Bob Craft, before ending the hopes of local player Ben Chappell, who was competing in the knockout rounds for the first time, with a 3-1 success.

The final would prove to be one-way traffic however as Rees, who also made the weekend-high break of 64, raced to a 4-0 victory to secure his first gold medal. 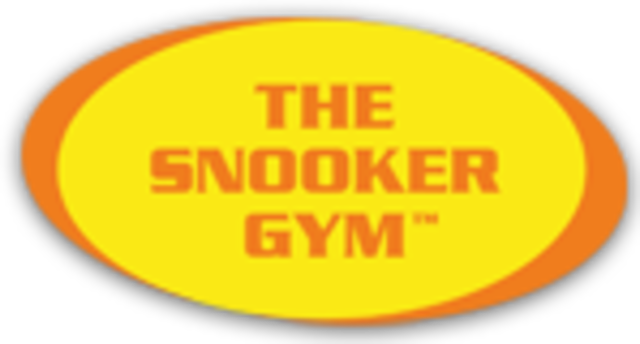 In Group 8 there was a landmark victory for Blackburn’s Shabir Ahmed, who edged out first-time-finalist Gary Taylor 4-3 to claim a record-equalling tenth WDBS victory on Sunday.

In the latest tournament held for deaf players, regular winner Ahmed came through a four-player group with victories against Daniel Booth, Richard Gott and Mark Johnson, joining a strong field including former WDBS champions Lewis Knowles and Nicholas Cash in the last eight.

There Ahmed would face Nicholas Wiltshire, before victory saw him through to a semi-final clash with Nicholas Cash, a repeat of their dramatic final in Derby won by Cash on the final black. This time however it would be Ahmed who would progress to yet another title match as he potted the final four colours to win a deciding-frame.

Awaiting him would be Gary Taylor, a man competing in only his second event having lost out to Ahmed in the last four at this year’s UK Disability Championship in Northampton. Having progressed from his round-robin group, Taylor defeated Nikolas de Whytell and Lewis Knowles – the latter in a dramatic match which saw all three frames decided on the black – to reach his first final.

The decisive battle looked like going according to the script as Ahmed raced into a 2-0 lead, but Taylor responded in fine style by taking the following three to turn the match on its head and stand just one frame from taking his first title.

Ahmed, however, has not enjoyed the success he has on the WDBS circuit without being able to respond to a challenge and he recovered to take the final two frames and with it a tenth WDBS title, equalling the record set by Group 4 player Daniel Blunn at September’s UK Championship in Northampton.

The Challenge Cup tournament for players who did not qualify for the knockout rounds was won by David Baker, who repeated his 2016 success at the same venue with a 2-1 victory against Ronnie Allen in the final.

The next WDBS event will be the Stockport Open which will run from 10-12 January 2020 at the Hazel Grove Snooker Club.

An Open Letter from the Chairman of WDBS

No further WDBS Events in 2020 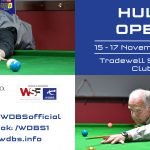 More from the "Disability" category