Amateurs at The English Open

Connor Benzy and Mark Lloyd feature as the English Partnership for Snooker and Billiards (EPSB) nominations for their achievements on the junior stage. As the English NGB the EPSB get to nominate two players to join in with the professionals and top amateurs – as do the other UK NGBs for the other Home Nations Series events.

Michael White, Brian Ochoiski and Paul S Davison earned their call-up by virtue of their placings on the Q School Order of Merit – being 1,2 & 3 respectively.

I’m not a fan of the wildcards as it stops Leo Fernandez(4) and Jamie Curtis-Barrett (5) from getting an invite.

Who do the amateurs play?

Ochoiski plays World Champion Ronnie O’Sullivan and I can’t agree that this is good experience. He, along with the other amateurs, should be playing against a 65-128 ranked player to give them a better chance of progressing.

There are many, including Barry Hearn of course, who would argue that throwing the amateurs in at the deep end is good experience. I can’t see that working in any other sport at the very first stage of a competition.

Even the FA Cup doesn’t bring in “the big boys” until the third round. The advantage for the minnows in the FA Cup though is that it means a big pay-day if they draw a top team. In snooker the kids could well go home penny-less.

The tiered draw worked fine in the World Championships and would work just as well for all ranking events in snooker.

The ranking list is easily updated after every event and the draw can be done accordingly.

Are the top players “over protected”?

Some say the top 16, especially, are over-protected, but surely the likes of O’Sullivan playing amateur Ochoiski and Selby playing Fan Zhengyi (118) could be said to be a reasonable amount of protection?

The top 32 are usually seeded apart in ranking events, sometimes it’s 16, in the Shoot-Out it’s random and in the UK Championship it’s a strictly fully seeded draw.

Admittedly Judd Trump and Neil Robertson have slightly tougher draws playing Louis Heathcote and Lü Haotian respectively, but they could just as easily have drawn a much lower ranked, even amateur, player.

If Stephen Hendry had decided to re-launch his professional career at this event, a tiered draw would have been more realistic for him, rather than having to potentially play one of the top 16. As it is, this is highly likely when he plays in the UK Championship in November.

We need to see a better progression structure in place soon or professional snooker will be dead in the water.

Pro-Am Snooker UK are Gearing up for Post-COVID Action

Looking forward to a better year! 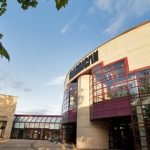 Amateurs at the UK Championship

How do these new tiers affect you and your snooker?

More from the "News & Views" category